It’s not often that when you’re on a luxury vacation, your pet gets the same experience.

But dogs staying at or visiting The Dog Knowledge have just that.

With their own air conditioned dog houses, a pool, treadmills, toys, agility equipment and personal trainers, these dogs live the high life while their owners are away.

Three years ago, Debbie Lange, who spent nearly her entire life in the Myers Park area, was a thriving antique appraiser who took long trips to Europe helping people choose pieces from places like France and Spain.

But in November 2010, she opened The Dog Knowledge and went from a life of glamour to a life of scooping poop – and loving it.

The inspiration came from Lange’s uncle and aunt who grew up in a small Oklahoma town where they spent years breeding service dogs for children. Since her aunt loved Christmas, they called the breed Christmas Minders.

Before her uncle died, Lange agreed to take two of the Christmas Minders and continue his dream of providing free service dogs to children in need.

After his death, Lange read his notes on the breeding and training process and became intrigued by what he’d achieved.

“I still have my antique business but I stopped traveling,” said Lange, 55. “I decided to find the best behaviorist in the country and ended up going from a house in Myers Park to living in a double-wide in Hutto, Texas for six months.”

The trainer who lived there, Jessy Gabriel, taught Lange the psychology of dogs and how they think. According to Lange, this research only began in the last 10 to 15 years and has just scratched the surface of dog psychology.

When she returned from Texas, Lange enlisted her husband Paul, a former owner of a trucking company, to help realize a new dream: a dog training and boarding place.

For starters, The Dog Knowledge, located off Pro Am Drive in the Cotswold area, is a chiefly members-only facility. This allows Lange to monitor everyone. Member dogs must meet certain requirements like shots, good health and good behavior. Every new dog undergoes a temperament evaluation by Lange or her trainers before admittance.

Members pay a $150 sign-up fee and monthly membership fees that start at $18 for one dog.

Once a member, owners can come to the facility to wash their dog for free, let it play and socialize with other dogs, walk it on the treadmill and other activities. They can also take advantage of doggy day care, which starts at $30 a day, as well as special training programs where the dog lives at the facility while working on staying in a set place, not barking at strangers, getting along with other dogs, item retrieval, agility acts and other skills.

“We are big advocates of banning the shock collar,” Lange said. “This is how dogs are being trained now and it’s been banned in a number of countries already. You train a dog through relationship and positive reinforcement. You only have 1.5 seconds to either praise or correct a behavior.”

According to Lange, if an owner doesn’t understand the timing, use of a shock collar only works because the dog is terrified constantly of being shocked. The voltage used is also usually too powerful for simple behavior correction.

At The Dog Knowledge, dogs are trained with positive reinforcement.

Trainers use a clicker. When a dog does the right thing, trainers click the clickera clicker is clicked and a small treat is given. When it hears the click, the dog knows it did something right.

“Say a dog looks left and hears a click, she knows she’s going in the right direction,” Lange said. “She will do anything to go there and do what I want because she’s excited.”

Lange’s personal dog, a German shepherd named Sally, is trained to detect objects that have been touched by humans. She can be used by police to search for objects discarded by a criminal after a crime. She is also a trained protection dog.

“She’s great around kids and other pets, but in this day and time of home invasions, it’s wonderful to have her because I’m never afraid,” Lange said.

Dogs at the facility can be trained to sweep a room for peanuts for severely allergic children, get items out of the fridge, dial 911, pick up dropped items and other skills.

Now that the business is doing well, Lange hopes to give back to the community by donating service dogs. These dogs normally cost between $10,000 and $30,000. Their first litter will be born around Christmas this year.

The facility is also unique in its appearance. The training area is visible as soon as one walks in the door. Unlike many other doggy day care facilities, The Dog Knowledge has nothing hidden from view.

Out back, the dog houses are set up like a miniature village with every house façade unique.

Inside the house, there is a doggy bed, a TV, air conditioning and wooden floors.

“Some people think the TVs are excessive,” Lange said. “But we want our dogs to feel as comfortable as possible when they stay with us, and what is always on when the dog is at home? The TV.”

Watching the dogs play, swim, obey and perform amazing feats, it is easy to see why this dog facility is talking about expanding and hiring new trainers.

“The Dog Knowledge has helped us understand our dogs better,” said Alexis Ingram of Oakhurst who has been a member since it opened. “The trainers are always available for questions or help, they know each dog’s temperament and personality and they genuinely care for every dog that is there.”

Lauren Bailey is a freelance writer for South Charlotte News. Have a story idea for Lauren. Email her at lbailey.charlotteobserver@gmail.com.

This affects comments on all stories. 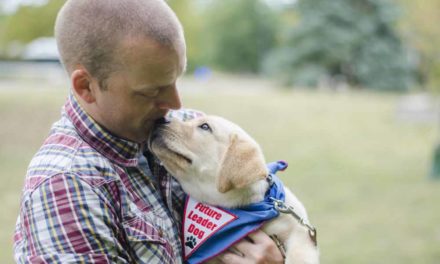